Manakamana Temple is the most famous shrine of Goddess Durga of Nepal. It is situated on the hilltop of Gorkha on 1302 Meters above sea level. There is a beautiful artistic two-storeyed pagoda-style temple of Goddess Durga. In Nepal, there are many sacred abodes of the goddesses and gods where peoples of Nepal pray for all kinds of help, among them Manakamana is one of them. Manakamana Temple lies between two major destinations of Nepal: Kathmandu & Pokhara. Temple is approx 100 KM far from both cities in the distance so you can visit the temple en route.

From the hilltop, they took a bird’s eye view of the scenic beauty of the village of Gorkha below, snow-capped mountains, green pastures land, smiling lawns, and verdant vales. The devotees of Manakamana do not get fed up even if they visited several times. Even during summer days being intensely hot, and the sun shining in its strength, the devotees of Manakamana visits Manakamana but they stopped to rest and sought shelter from the heat under the shadow of trees or they enter a tea shop to enjoy a cold drink and ice-cream. 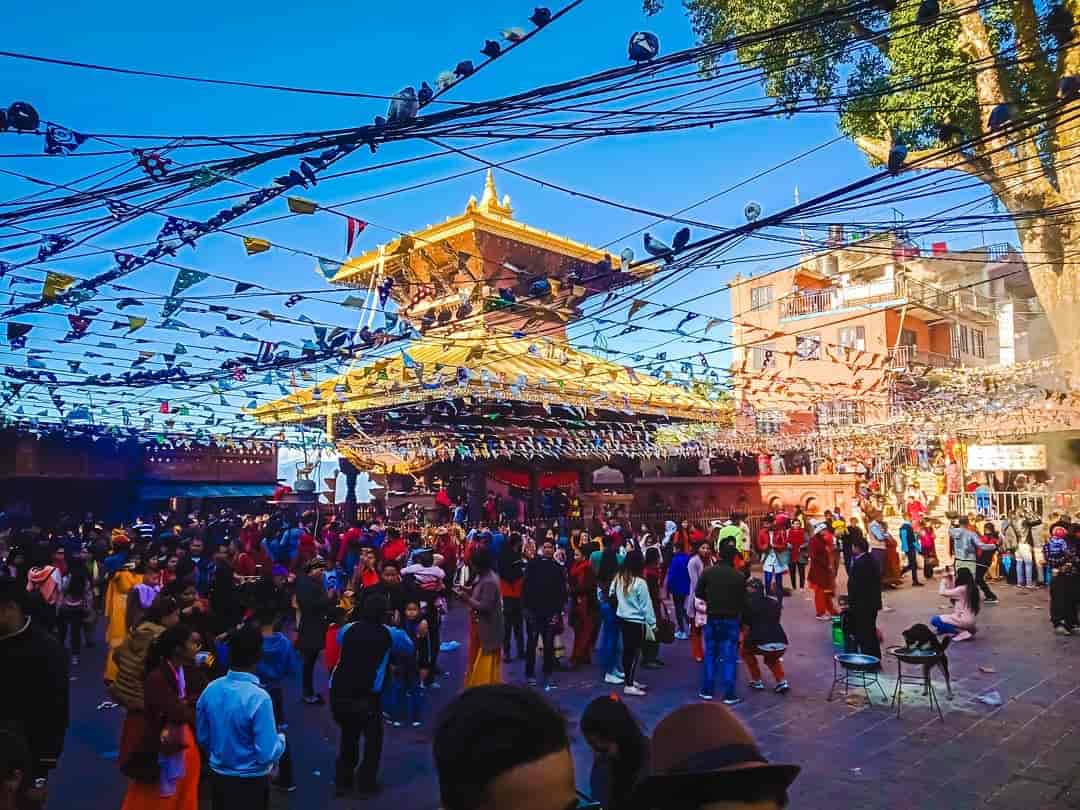 One can reach Manakamana Temple after crossing Abu Khairani by motorcar or bus, a suspension bridge of Marsyangdi river, and climbing four or five hours steep hill tracks and stone steeps road. After climbing two hours they can reach Duke hill and Sim Chautara, Sim Chautara is halfway from Abu Khairani to Manakamana after they will reach Suntala Bari. From Suntala Bari one can see the temple and houses of Manakamana.

There are numerous small shops serving tea, coffee, soft drinks, and simple foods to the travelers at trail junctions the place was beautiful and inviting, there are plenty of Hotels and Lodges for lodging and flooding in Manakamana. Thousands of devotees and internal tourists from all over the country visit Manakamana to pay homage to Goddess Durga and to spend a holiday throughout the year.

Every year thousands of people of Nepal, India, and other countries visit Manakamana Temple to fulfill their heart’s wishes and for sightseeing. Since October 1998 one can reach Manakamana temple by cable car, the first of its kind in Nepal. Devotees now prefer to take a cable car ride to consume time and for comfort reasons. Cable Car tickets can be obtained from the Cable Car premises.

Most of the devotees who visited Manakamana Temple were who promised to offer sacrifice and worship after they fulfill one’s own desire. It is said that one’s wishes come true if he or she prays at the Manakamana temple. It is also said that those who make a wish and pray to Manakamana get their wishes fulfilled. The people of Nepal believe that the most powerful wish-fulfilling Goddess is Manakamana of Gorkha. “Mana” means hearts and “Kamana” means wishes, therefore, Manakamana means the Goddess of heart’s wishes. It is believed by some persons who visited Manakamana regularly one or two times a year goddess fulfilled their heart’s wishes. The temple looked very attractive with pigeons flying everywhere and bells were dangling early in the morning.

A true pilgrim is those who serve poor people selflessly and nobility and charity bring popularity. Goddess Manakamana loves those who love her fellowmen. Happiness depends on what you can give, not what you can get. Righteous is to man is like rays of sun and perfume and color and beauty to a flower. Once one of the regular visitors of Manakamana stayed in a house of poor people of Manakamana. The host was very poor. The family had not taken anything for many days. The visitor’s heart moved sympathetically seeing their pitiable condition, he helps them in every possible way to improve their condition. He helped the poor family financially and physically.

After a year family started a small lodge in their house with the help of regular visitors. After one year the poor of that he visited the same family. The family received him warmly and showed maximum hospitality to him since he was their helper sympathizer and well-wisher. A righteous person is those who spend twenty-five percent of the money to purchase, lowers, fruits, sweetmeats rain, oil feed lamps, red powder, burnt perfume (Dhup), etc to offer goddess and seventy-five percent of the money in the service of humanity and needy poor persons. Some people give the beggars some money as they passed by in Manakamana temple. 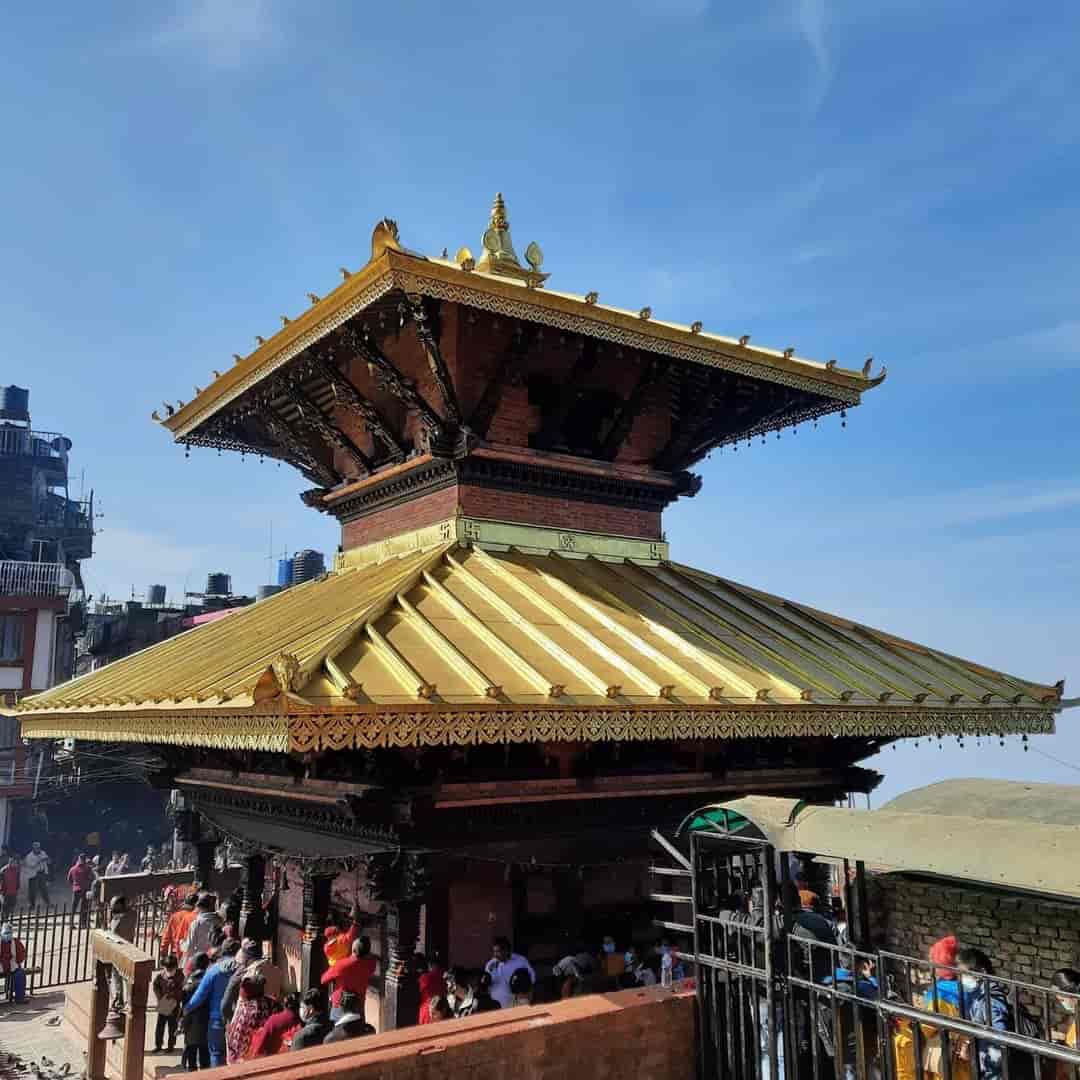 Every person visits Manakamana Temple with their own wishes to fulfill their problem and for good health and prosperity, students to get the highest mark in the examination. Traders and Businessmen to get tender and get more profit, Government and public service holders to get promotion and good services, childless couples to get children. Those who are unmarried go there to get married to persons selected by them. They promised to offer worship and sacrifice animals and birds as soon as they fulfilled their heart’s wishes some people promised to sacrifice “Panchabali’ the sacrifice of five animals and birds. Buffalo, goat, sheep, duck, and cock if they get relief from disease, illness, trouble, and misfortune.

This temple was built by Lakhan Thapa Magar during the reign of King Ram Shah of Gorkha. Lilabati wife of King Ram Shah believed to be an incarnation of Goddess Durga. Manakamana was an image of Queen Lilabati. Later king Girvana Yudha Bickram Shah renovated the temple and made it two-storeyed instead of the small one-storied temple. The image of Goddess Manakamana is not like Palanchok Bhagwati or other images of Goddess Durga. It is just like a piece of raw stone. The temple bells arranged along the eaves of the temple have clapped attached to leaf-shaped paddies that catch the breeze. The wind bells decorated the roof their chimes sounding devotion to the goddess.

Since early in the morning, big bells of the temple peel deeply in the temple ground. After that, the devotees rise to begin puja worship. From Manakamana Temple, one can see the magnificent view of both Sunrise and Sunset of Annapurna ranges of the Himalayan Mountain with river Marsyangdi and Daraudi, Khairani and Muglin, Market, Chhimbaswari Mountain of Tanahu and Kalika Hill with Kalika temple and Gorakha Kali Rubber Industries, Factory houses of Gorkha. 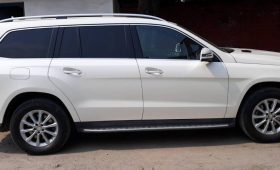